Officer K, in 2049 when he is about to retire has been given a task. The task is to terminate the child of some female. Now the whole movie Blade Runner is revolving around a secret that can shatter and distort the city by causing a massive amount of chaos in it.

Officer K’s role is presented by the very famous Ryan Gosling he is famous for his role in The Notebook, he is the heartthrob of a lot of people, mostly females. In Blade Runner, he is a police officer selected by the LAPD to be the Blade Runner and he finds out that the other blade runner, more like a blast from the past, has been missing all this time so now he has not just one but two missions at hand.

let’s see some of the dialogues from the movie:

‘We’re all just looking out for something real.’ – Lieutenant Joshi
Sometimes, to love someone, got to be a stranger. – Rick Deckard
I hope you don’t mind me taking the liberty. I was careful not to drag in any dirt. – officer K
He’s got every gun in this city. I’ve got you. -Joshi

In this article we have brought you a coat worn by Ryan Gosling As Officer K. The Blade Runner 2049 Coat is made up of leather, you can choose between faux and real leather. Inside has viscose linings with borders and collars lined with shearling. It has full sleeves with open hem cuffs. It has a single vent cut at the back. In total it has five pockets. Blade Runner 2049 Coat Two on the inside and 3 on the outside. It is long and in black color.

Who is playing the role of Officer K?

Ryan Gosling is playing the role of officer K.

From which, PD Officer K belongs?

Officer K works in the LAPD.

Is the quality of the material from which the leather is made durable?

The leather quality is the best that can be offered. 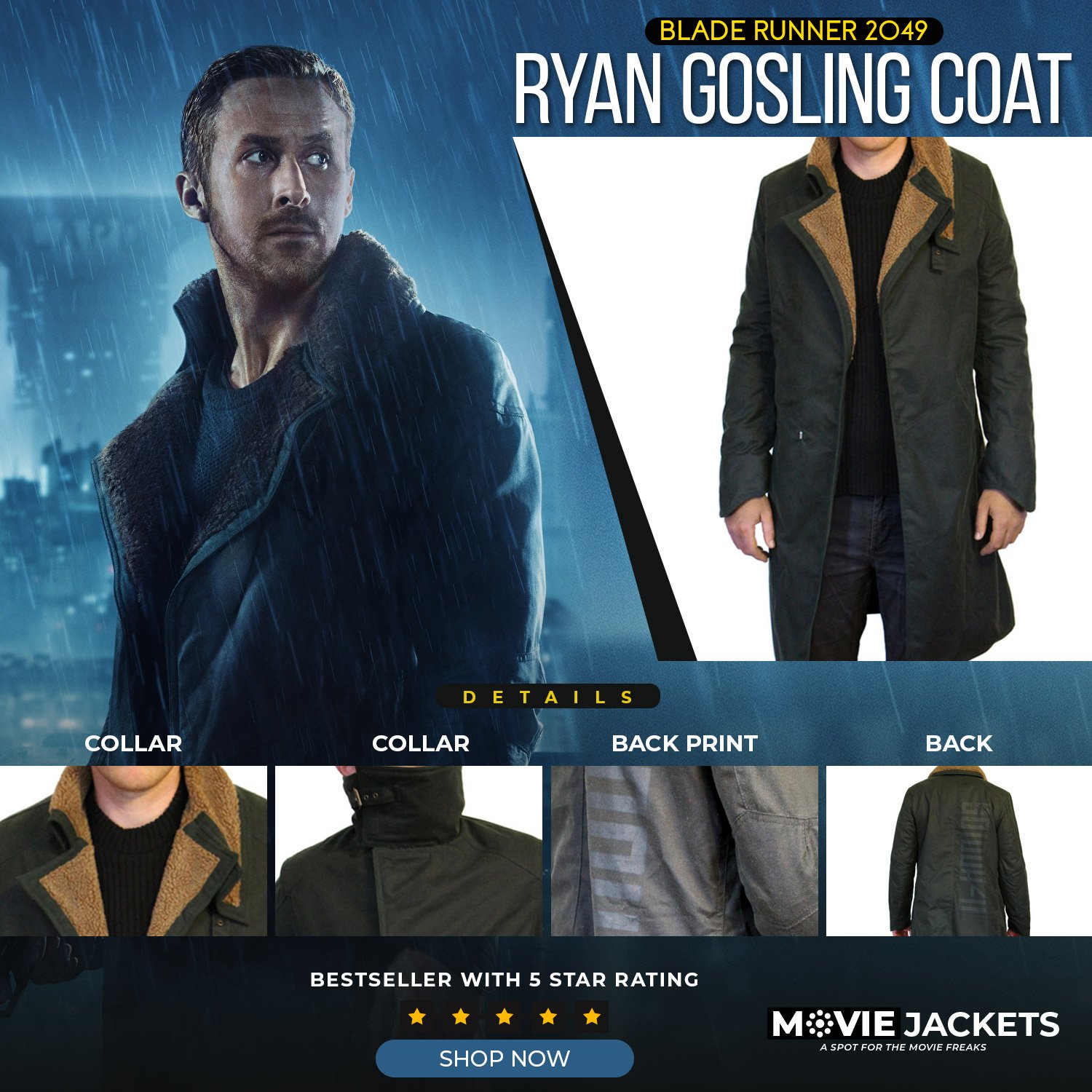