Sale! Out of Stock

As originally released on November 30, 2010, in Tokyo and on December 17, 2010, in the United States of America is a science fiction and action-filled film that is based on Tron by Steven Lisberger and Bonnie MacBird. The central person of this show is Samuel Flynn who is also known as ‘Sam’, this character role is played by Garrett Hedlund, who is a main shareholder of ENCOM. Moreover, Sam has transported onto the Grid himself while searching for his father’s disappearance. Sam Flynn is seen wearing this amazing outerwear on screens of Tron’s Legacy.

As manufactured out of 100% authentic leather as its external material. This shiny black color consists of white stripes on the front and back of this Tron Legacy Costume. Further, the inner viscose lining consists of soft material to give real comfort and relaxation. Other noteworthy features comprise netted on the waist, erect colors, closure of YKK zipper, shoulders are epaulets, and cuffs of the zipper. 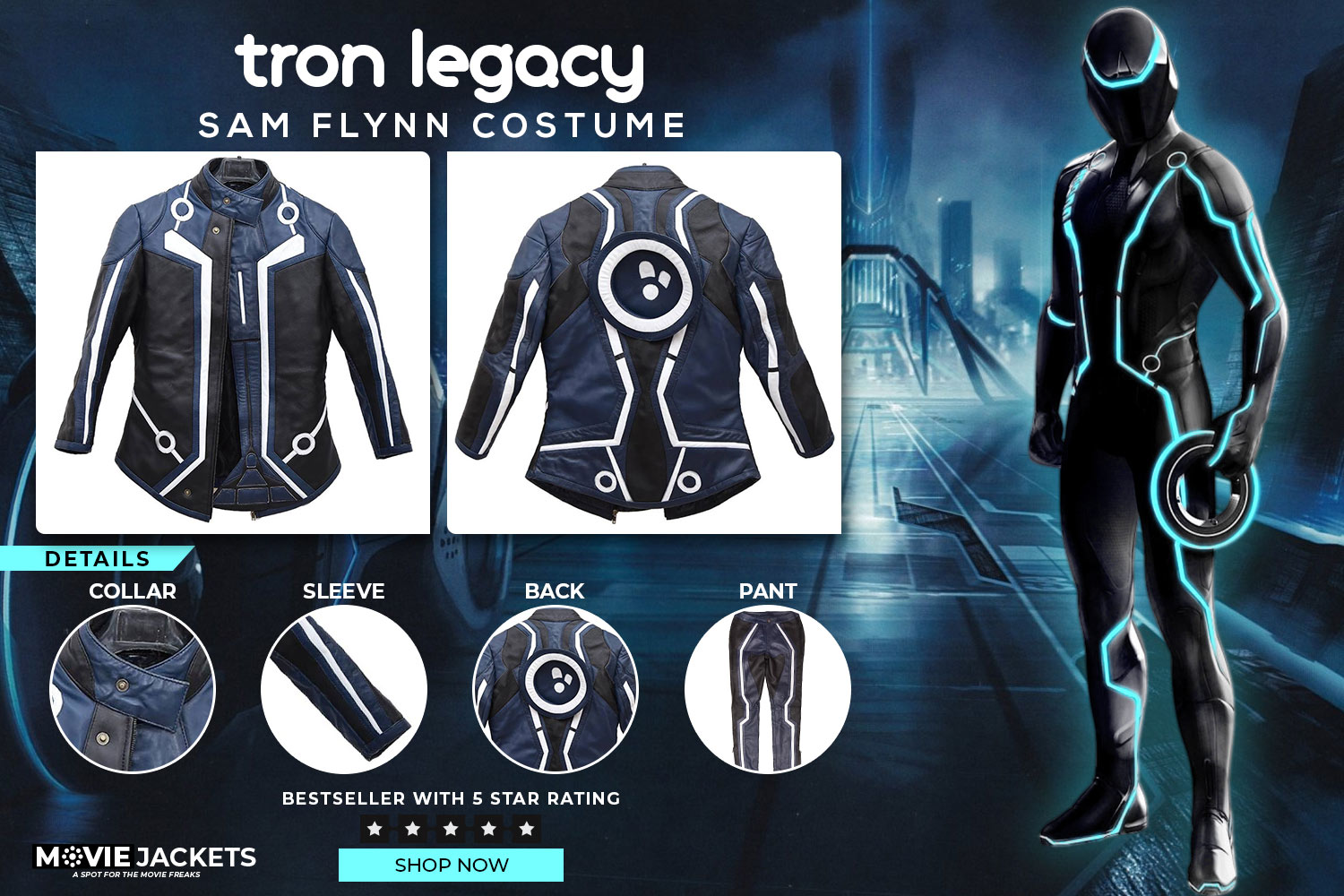